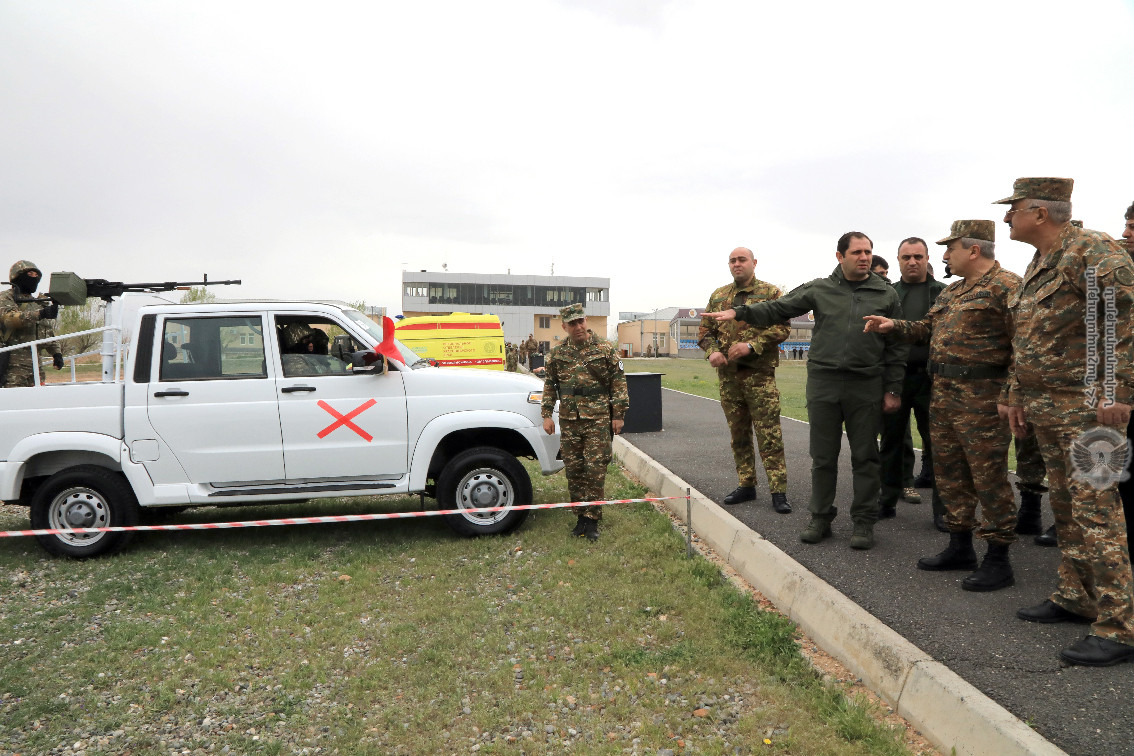 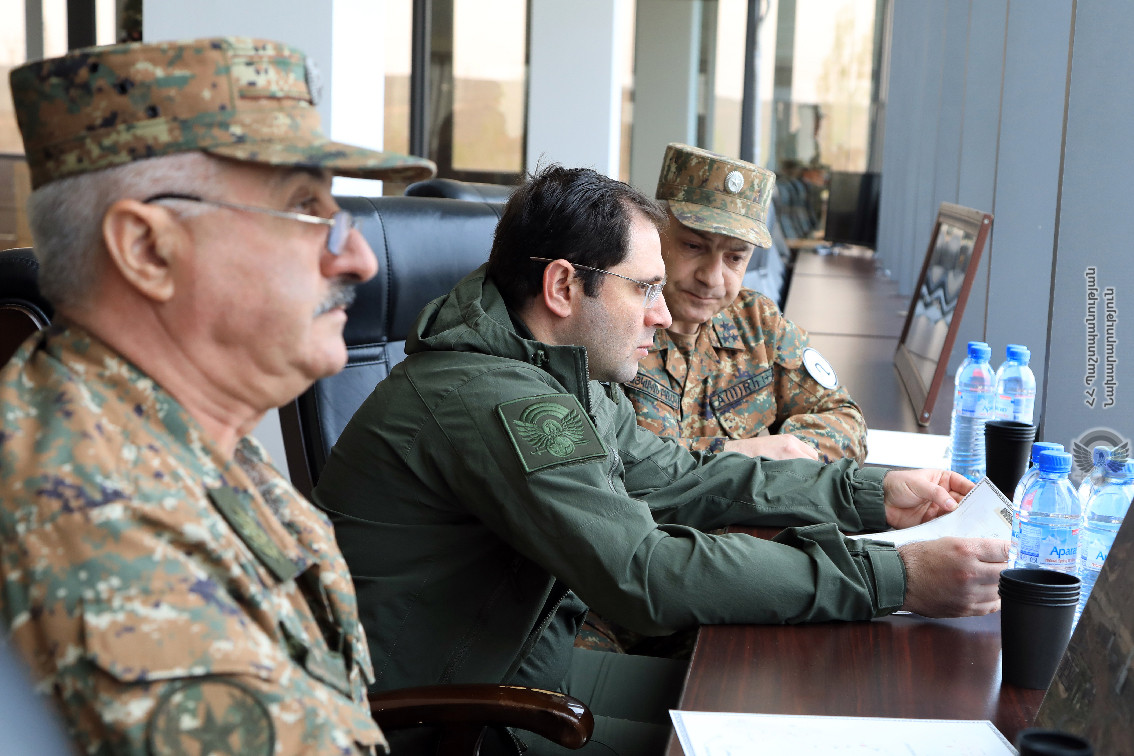 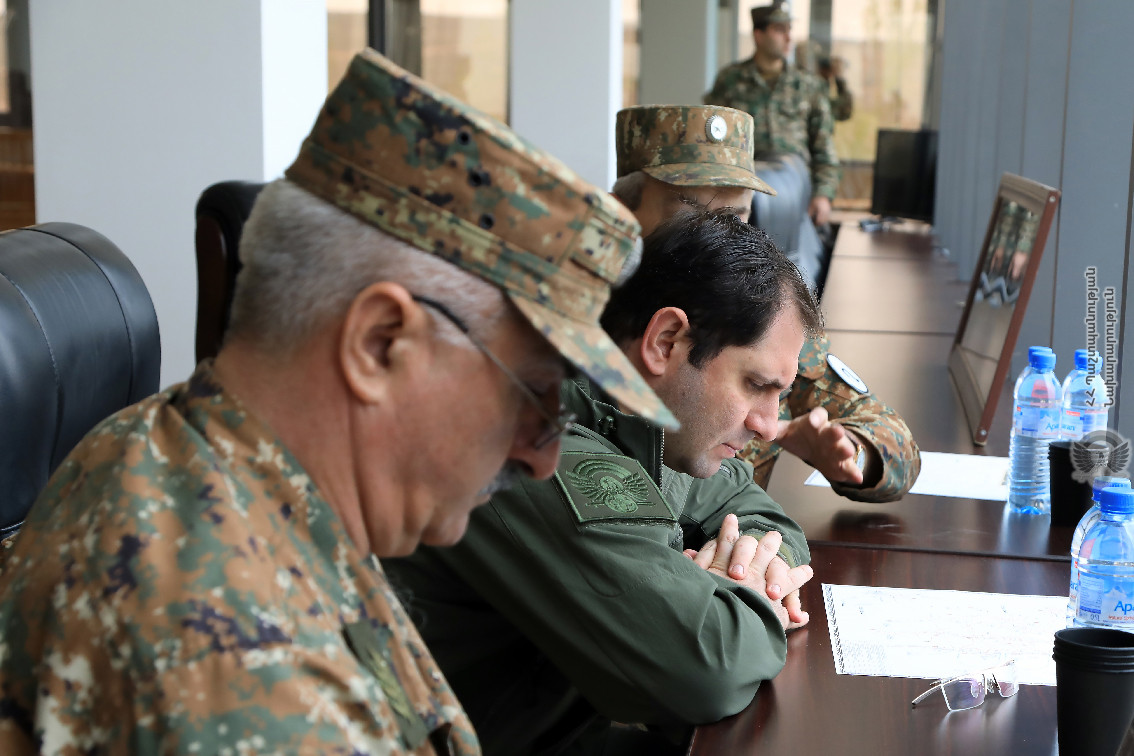 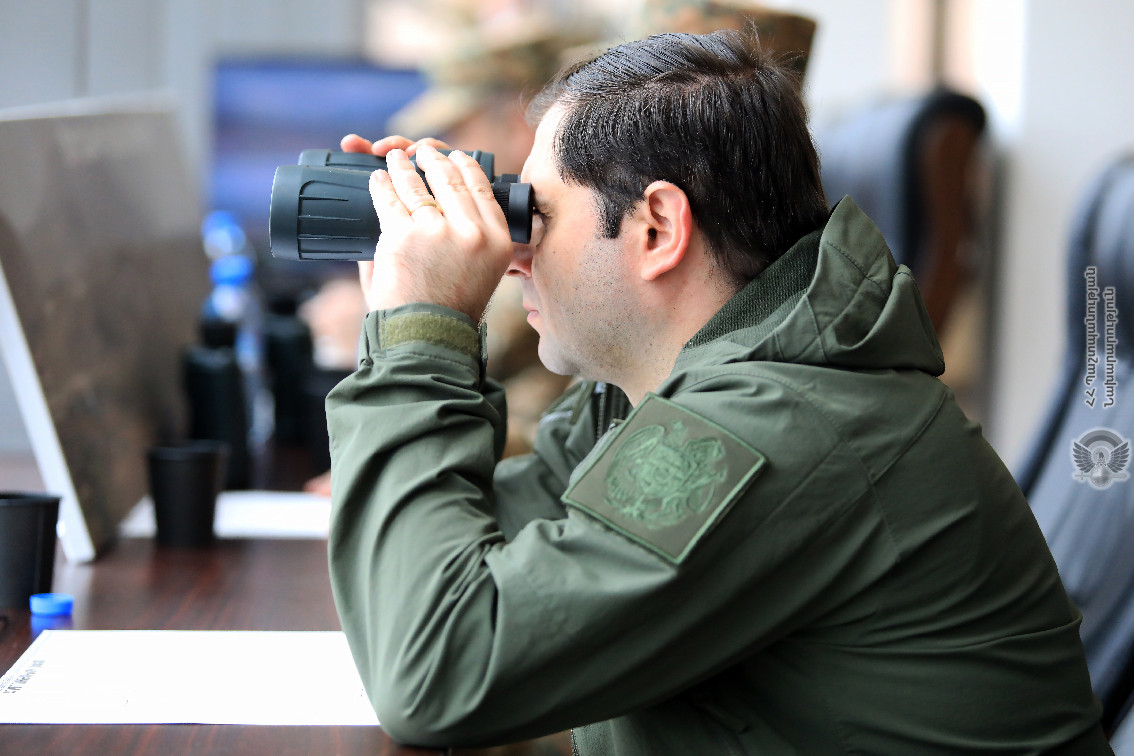 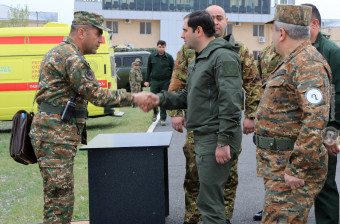 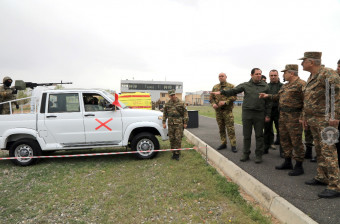 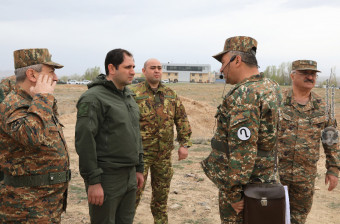 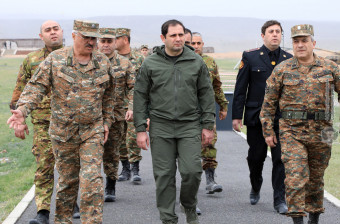 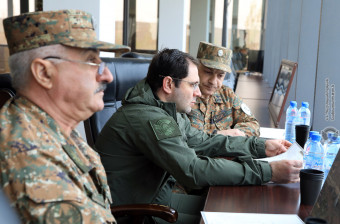 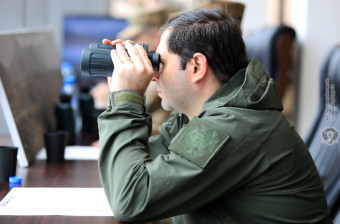 The RA Minister of Defence Suren Papikyan, the Acting Chief of the General Staff of the RA Armed Forces, Lieutenant General Kamo Kochunts, high-ranking servicemen were present at the fire phase of the training.

According to the scenario of the training, the forces involved in the destruction of the conventional enemy, which entered the line of defence, the servicemen performed all the set fire tasks in a harmonious and operative way.

At the presented training points of the military training center, the Defence Minister got acquainted with the strike and reconnaissance drones, which are at the stage of Armed Forces application and combined arms testing, the capabilities of weapons, military equipment and vehicles intended and modernized for the performance of special combat tasks.