9 September, 2021
On September 9, RA Minister of Defence Arshak Karapetyan received the newly appointed commander of the Russian Federation peacekeeping forces in Artsakh, major general Mikhail Kosobokov, and the commander of the 102nd russian military base in the Republic of Armenia, colonel Dmitry Ovcharov. 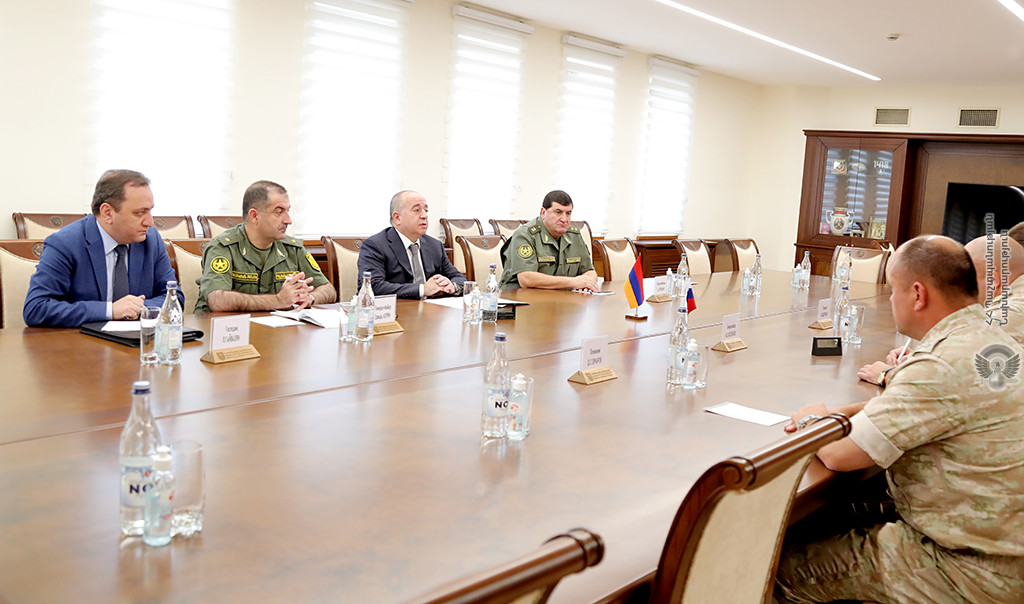 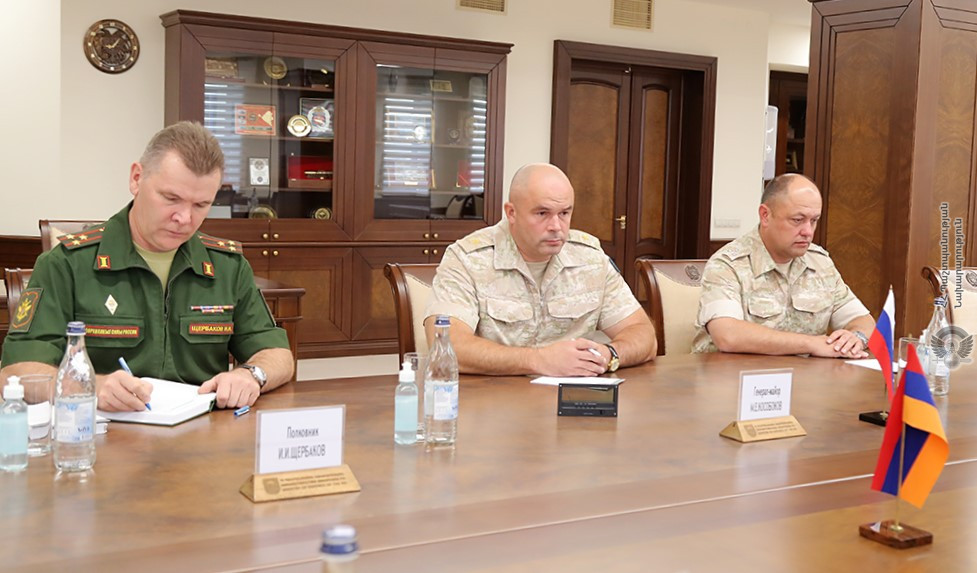 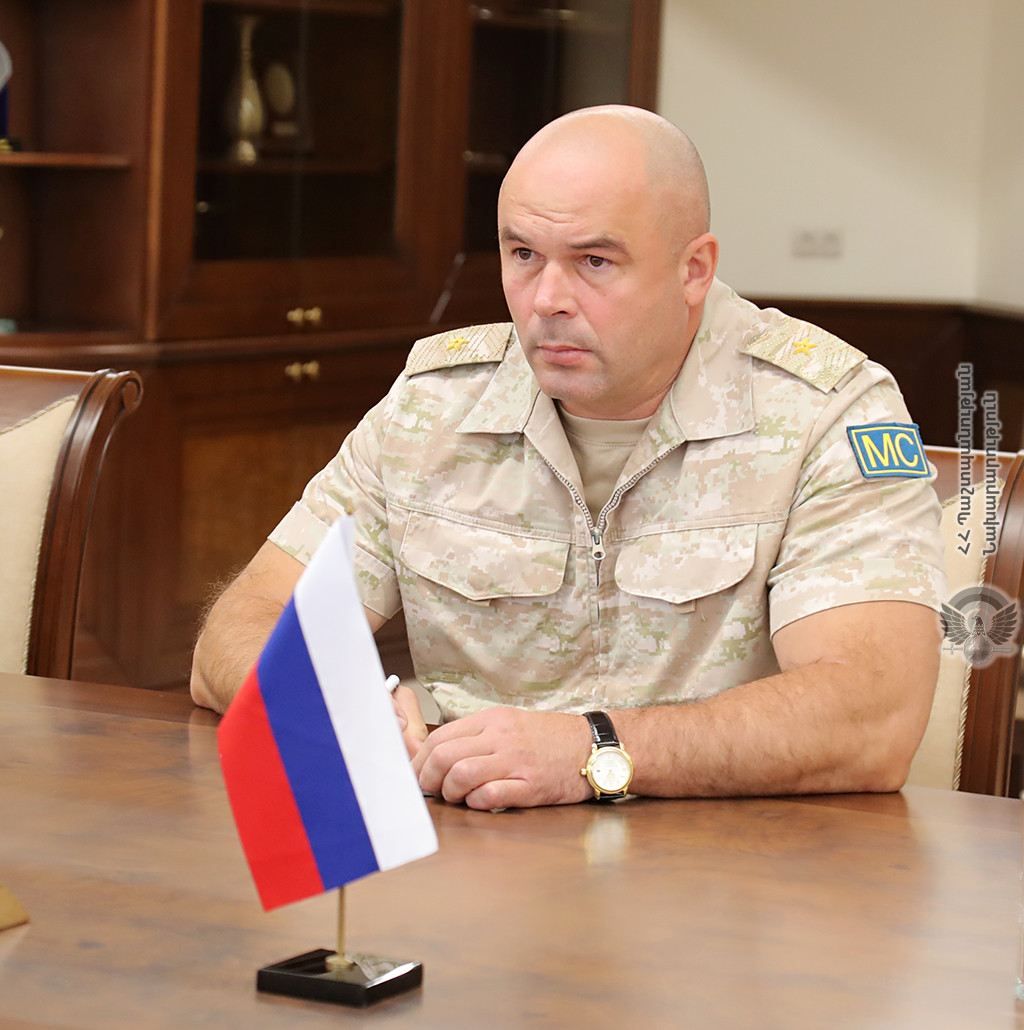 Attaché on defense affairs of the Russian embassy in Armenia, colonel Igor Shcherbakov also took part in the meeting.

At the beginning of the meeting, the RA dinister of defense congratulated major-general Mikhail Kosobokov on assuming the post and wished him success in his peacekeeping mission.

Arshak Karapetyan congratulated colonel Dmitry Ovcharov on his appointment to the post of commander of the 102nd russian military base and stressed the role and significance of the russian subdivision stationed in the territory of Armenia.

The defense minister praised the efforts of the Russian Federation aimed at stabilizing the military-political situation in the region, as well as the process and effectiveness of the Russian peacekeeping mission in Artsakh.

During the meeting the sides also exchanged views on regional security issues.