18 November, 2017
On the last day of its Canadian visit, the Armenian delegation led by Defence Minister Vigen Sargsyan was hosted at the AGBU Alex Manoogian School in Montreal. 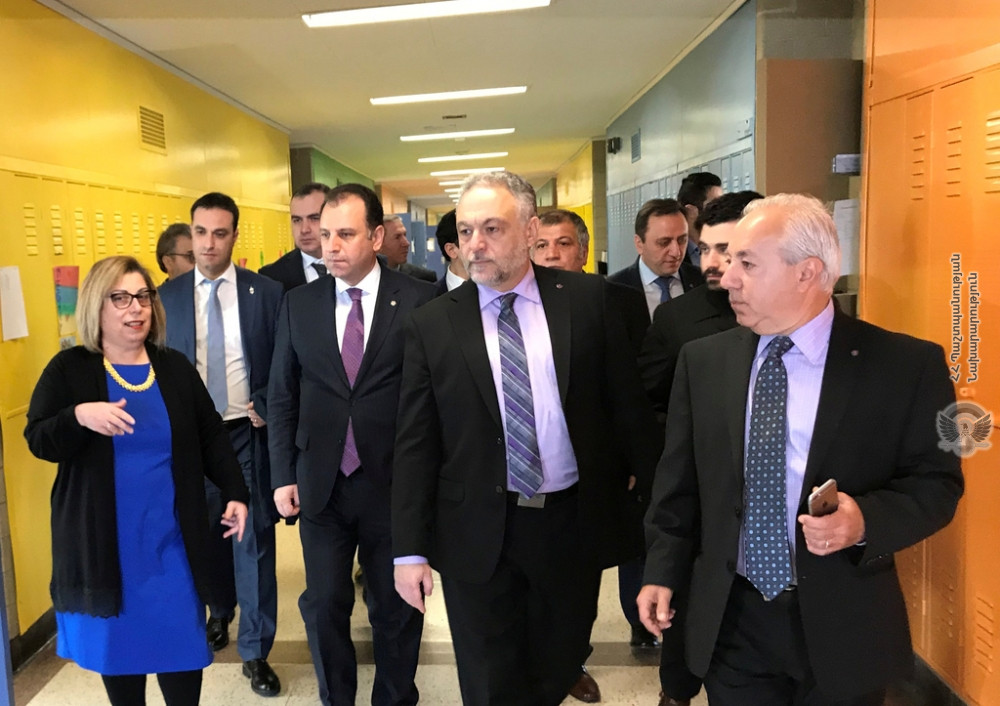 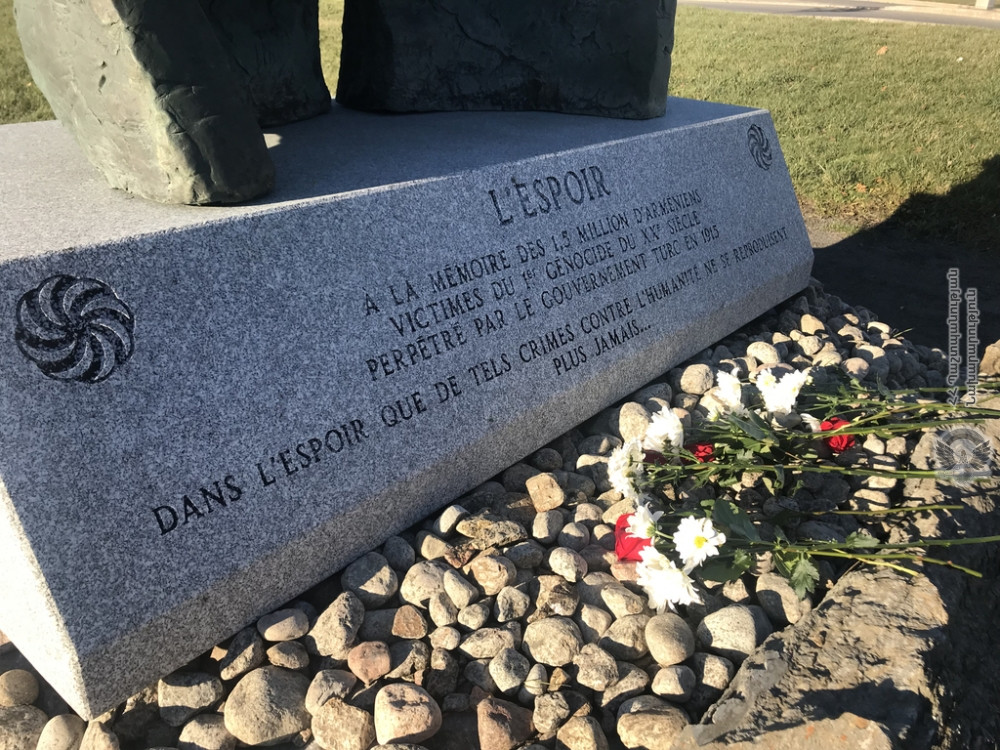 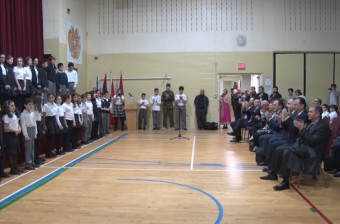 The minister was greeted by the students in T-shirts bearing Armenian Armed Forces emblems. They read out their letter addressed to Armenian soldiers, and then performed a short show for the guests. Sargsyan conveyed his gratitude for the warm reception and said that he has always attached importance to meetings at Armenian schools when visiting foreign countries as it is impossible to preserve the Armenian identity without schools.

"Our country is a country with a small territory and a small population, but with a great heritage. Our struggle, the essence of our existence cannot be restricted by the limits of the country, borders or population. We carry on the heritage of those who had been dreaming of having statehood. Today, when we are a sovereign nation, we have to our best for Armenia, the Diaspora and Artsakh to jointly bring to life our centuries-old dreams," Sargsyan said in his address.

The Armenian delegation was then hosted at ARF’s St. Hakob School where he toured the school premises. Sargsyan made a note in the book of honourable guests of the school.

At the end of the visit, in Montreal, the Armenian delegation paid tribute to the memory of the Armenian Genocide victims.